Cyrus II the Great (580-530 BCE) ascended to the throne in 559 BCE and was the beginning of the Achaemenid Dynasty. By 554 BCE he had conquered all of his rivals and the surrounding tribes, becoming the undisputed leader of Persia. Cyrus the Great was known as one of the best rulers of all time. He was known as fair, just and a brilliant politician and military strategist. He transformed the subjugated Persian people into one of the most formidable civilizations in the ancient world. He assumed the best technology and knowledge from the lands conquered, a tradition which could continue under his successors.

In 550 BCE Cyrus the Great established the first capital of the Persian empire at Pasargadae. That same year he managed to conquer the Median Empire which had existed previously to the north. This gave the Persians hegemony over all of their previous conquered territories as well. Cyrus the Great would also going to expand the Persian Empire by conquering the Kingdom of Lydia and Neo-Babylonia in 539 BCE. After defeat, the territories were all united to form the greater Achaemenid Empire. The military campaigns of Cyrus also paved the way for his successor Cambyses II to defeat Egypt and claim their territory.

By 480 BCE it is believed that the empire ruled over a territory spanning 8 million square kilometers, three continents (Asia, Europe, Africa) and was the largest empire the world had ever seen up until that point. It may also be the largest empire ever. The empire was thought to include nearly 50 million people at its peak and according to the Guinness Book of World Records it ruled over 44% of the entire global population at that time period.

At its greatest extent the Achaemenid Empire grew to include the territories of modern day Iran, Turkey, Iraq, Kuwait, Syria, Jordan, Israel, Palestine, Lebanon along with all of ancient Egypt as far west as Libya, Thrace-Macedonia and Bulgaria, much of the Black Sea coastal regions, all of Abkhazia, Armenia, Georgia, Azerbaijan, and parts of the North Caucasus, much of Central Asia, Afghanistan, northern Saudi Arabia, Pakistan, Oman, China, and the UAE. This was a massive amount of territory to control in ancient times and when you understand Greece's defiant stance against this massive enemy it really gives credit to their courage.

The expanded series of roads allowed the Persians to unify many different groups and tribes of people throughout the region and bring them all together under common rule. The official language of the Persian Empire was Aramaic. The Persian Empire also saw the development of a vast bureaucracy in order to manage the disparate parts of the empire.

However, under Cyrus the Great, each different ethnic group was given equal rights and responsibilities for their people. As long as each subject paid its taxes and kept the peace there was no problems from the Persian leadership. Cyrus also agreed not to interfere with local customs, religions or trade of the various territories within the empire. This system of freedom of religion and customs was what eventually was able to subdue the Babylonians who usually revolted against anyone who tried to rule over them.

Cyrus died in battle in 550 BCE which left some contention over his successor. Because he died at such a premature age history is unable to see what kind of ruler Cyrus would have truly become when he transitioned off the battlefield and into the palace. However, like Alexander after him he may have never settled down and would have probably campaigned until his death regardless.

Cyrus the Great is known for launching and engineering the greatest empire the world has or will ever known by bringing together disparate cultures and civilizations under one rule. His power was known throughout the region and influenced ancient history in ways we can only imagine. Rule was passed to his successor named Cambyses II. 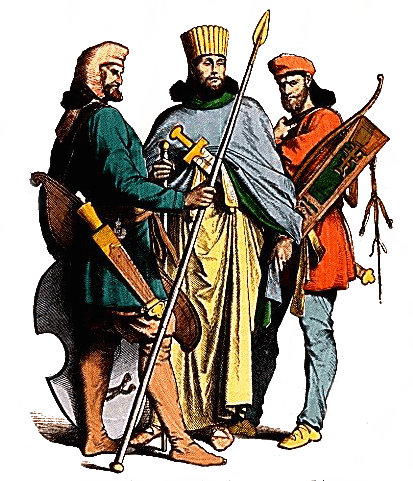 Darius I, the son of Hystaspes was one of the most famous leaders of the Achaemenid Empire. It was under Darius I that the construction of the great city of Persepolis began and was completed about 100 years later. The city of Persepolis would serve as the cultural center for the empire and was also to be established as the seat of the imperial government. Other major political cities that developed under Darius I was the Elamite capital of Susa and the previous Median capital of Ecbatana.

Darius I seized the kingship of the fledgling Persian Empire and quickly married the daughter of Cyrus the Great named Atossa in 550 BCE following the death of Cyrus. This would give him great legitimacy to the throne as they were both descendants of the king Achaemenes just by different lines. Towards the end of his reign in 487-486 BCE Darius I had his sights set on Greece, more specifically Athens however, internal strife forced him to forgo these campaigns to stabilize his borders.

As was required by Persian law at the time, every king had to declare a successor and establish a tomb before setting out on a major military campaign. Darius I built his tomb at Naqsh-e Rostam but the problem was going to be choosing his successor. Darius I appointed his eldest son by Atossa named Xerxes to lead the empire, passing over his true eldest son known as Artobazan.

It was believed by Darius that Xerxes should have the throne because of his maternal linkage to Cyrus the Great which would strengthen his legitimacy. Artobazan claimed the throne on account of his pure age but he was born before Darius I was the king of Persia and also to a common mother.

Darius I became very ill around this period and was unable to lead the campaign to subdue Egypt. He later died in October 486 BCE and rule would smoothly pass to Xerxes. Some historians believe this was due to the great power and authority that Atossa held within the kingdom to reduce internal conflicts and strife that plagued so many dynasties.

Xerxes I successfully took the throne in October/December of 486 BCE when he was 36 and was not challenged by anyone either in his own court or by any vassal nation. Shortly upon taking the throne Xerxes was forced to crush revolts in both Egypt and Babylon that broke out the year previous but these almost seem like a natural knee-jerk reaction in this region by this point.

Xerxes appointed his brother Achaemenes as the satrap or governor of Egypt and after seizing the city of Babylon he took their massive gold statue of Marduk also known as Bel and melted it down in 484 BCE which outraged the Babylonians. According to legend every rightful Babylonian king had to clasp the hands of Marduk every New Years Day and this statue was extremely important in the Babylonian religion. Many historians debate the true religions beliefs of Xerxes, however most modern scholars believed he practiced Zoroastrianism.

Darius III oversaw the complete conquering of the Achaemenid Empire by Alexander the Great and his Macedonian and Greek army. What weakened the Persian Empire from its incredibly strong and militaristic beginnings was the pomp and indirect nature of rule over the territory. The satrapies were given tremendous amounts of independence and this ultimately weakened the central authority.

Throughout the course of its history there were many rebellions within the empire that created a lot of internal fracturing before Alexander came. In fact, he only had to fight a few key battles with the Persian military because most of the satrapies were glad to be free of Persian rule and may have been ethnically Greek. They would have joined his campaign as soldiers or gave him material support along the way, the exact strategy Alexander was counting on. However, if the Persians had done a strategic retreat and practiced a policy of scorched earth before his invasion like advised they would have never been conquered. But that is again attributable to their arrogance and lack of direct military conflict after years of successive peace.